I was raised in the African Methodist Episcopal (AME) church and one of the international ministries we supported was UNICEF. Not every Halloween, but occasionally we would sacrifice going door-to-door for Halloween treats and instead go door-to-door collecting money for UNICEF. Coins, bills, the type of currency didn’t matter. Some of the adults who opened the door to us were so impressed that we sacrificed our Halloween to campaign for others that they would give us candy any way.

In addition to collecting money for UNICEF, we were given small, thin, cardboard squares with blocks printed on them. Imagine BINGO cards but with a slot carved in each block where you could slip in a coin. We kids were encouraged to fill each block with a quarter, dime or nickel from our allowance. I never did fill one of those cards. Oh, I’d put a few coins in, but there were just too many temptations for me to stay committed to helping those kids in developing countries.

No holiday is complete without established customs or traditions. Every Halloween in our house, it was a standard to watch, “It’s the Great Pumpkin, Charlie Brown.” Even now, as an adult, I set my recorder to record Charlie Brown and before the season has passed I’ve watched it at least once.

Another tradition I enjoyed, again church related, was the party our church would sometimes host for the Young People’s Department (YPD). The basement of the church was dark, spooky and home to spiders as well as other creepy crawlers. The adults were excellent at transforming all that spookiness into a good time. Each section of the basement became a mini hive of fun…games, refreshments, music, entertainment. Of course, now churches have taken this idea to a grand level and call it “Fall Festival,” but during those simpler Halloween parties, I fell in love with games like bobbing for apples, pinning the tail on the donkey, bean bag toss and musical chairs. I enjoyed nibbling on caramel apples, popcorn balls, hot dogs, cookies and drinking punch. Now, as an adult, I still love those games and for your information, I still reign as the bobbing for apples queen.

Yet another tradition related to porch lights. The African-American culture leans toward extreme privacy and even though law enforcement tells us to use outdoor lights as a part of crime prevention, we don’t. No lights mean darkness which equates to privacy. Just like closed curtains and closed doors equal privacy. However, the one time the porch lights rule was relaxed was at Halloween. As a sign that your house welcomed trick-or-treaters, the porch lights came on when adults arrived home from work and didn’t go off until 10:00 pm’ish. I was always a bit sad when Mom turned the lights off because that meant the end of Halloween…except for the candy-eating fest that followed.

What’s your favorite? Mine is anything that has chocolate in it, on it, or nearby. Second choice after chocolate…Twizzlers (strawberry flavored, of course). 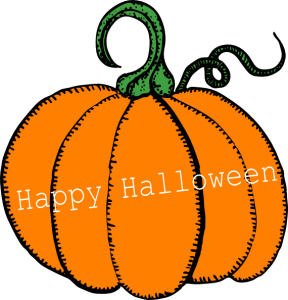 By the way…if you happen to be in Dallas, Texas, Halloween weekend, stop by these events. I’ll be there celebrating.