I’m so excited to announce the pending birth of my child–Fuller’s Curse. 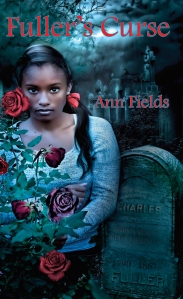 Fuller’s Curse has been twelve years in the making and there isn’t a strong enough word in the English language to describe my joy at its near arrival. After years of writing, rejections, rewriting, rejections, and more rewriting, finally a publishing contract landed on my desk only to be rescinded two months before the publication date. BUT, through it all my baby survived and it’s finally here. Or soon will be.

Fuller’s Curse is a psychological horror story about a family that is cursed. When you think psychological horror think Stephen King, Dean Koontz, Octavia Butler, Tananarive Due and others of that ilk. This is NOT a vampire, werewolf, slasher (i.e.-Freddy Krueger, Michael Myers), monster book. It is horror with intelligence and emotional impact (not that the other categories of horror don’t have these). In fact, at its core, Fuller’s Curse is a simple tale of good versus evil.

Since I had to re-organize my approach two months before publication and since I was dealing with limited human and financial resources, I had to stagger the release of Fuller’s Curse, meaning the ebook comes out first on Amazon (Kindle) on April 23, 2013; the print book follows in May (actual date to be announced but I’m shooting for May 23); and all other ebook formats will be released July 23. The ‘to-do’ list to publish a book is tremendous which is why I really wanted a publisher, a partner to handle the book production while I tackled the marketing, which is more my thing since I have a background in Communications (Marketing, PR, Publications, etc.). Well, obviously God had a different plan and as a mere human being, I’m rolling with His plan.

So, read on for details about my baby and I certainly would appreciate your support in the form of a purchase. I’d also like to read your feedback once you’ve finished reading the book so be sure and write a review, or email feedback to afields121@yahoo.com.

SYNOPSIS:
Deborah Fuller-King is a bored homemaker who finds new purpose for her life when she adopts her daughter’s school project—completing the Fuller family tree. In search of her roots, she travels from Dallas to Partway, Texas where in the 1860’s Charles Fuller, a newly-freed African American slave, founded the town that was originally named Fullertown. There, her genealogical research reveals some terrifying information about her family—part fact, part legend. While delving into the facts, hoping to disprove the legend of the BlackHeart, family members begin to die horrible deaths—one by one. Alarmed and frightened, Deborah turns to the one person who knows everything about the family…Mattie Fuller.

Ninety-something-year-old Mattie knows the answers that Deborah seeks, but she’s not ready to share her knowledge with Deborah. Not yet. She could tell Deborah all about the curse that shadows their family, but to share the information would unleash a hellstorm that would destroy the entire Fuller clan. Instead, Mattie confides the only thing that can be done to save the Fullers—a sacrifice so complete that it would free not only the Fullers, but other cursed families.

Does Deborah have the courage to complete the saving act and thereby end the Fuller’s curse?

GIVEAWAY:
To celebrate the book’s release, I am offering a free copy of Fuller’s Curse to one lucky reader, regardless of whether you have landed on this page as a result of Discover Authors, site/blog surfing, Amazon, word-of-mouth, etc. To enter the drawing, simply email me at afields121@yahoo.com. In the Subject field, type Discover Authors Giveaway. That’s it. You don’t even need to type anything in the body of the email unless you want to. The drawing will be April 23–the date of the book’s release. The winner will be notified via email. Also, if you’d like to score more free books, visit the Discover Authors web site and browse. There’s all kinds of freebies and giveaways there.

Again, thank you for your support and next task–buy cigars!

18 thoughts on “My Twelve-Year-Old Baby will be Born in Eleven Days!”