Soon after making this resolution, I traveled to Oklahoma City and with extra time on hand, stopped at the bomb site there (see photos below). In April 1995, a domestic terrorist drove a vehicle weighed down with a bomb into the federal building. A day care was on the first floor of that building and at final count, 168 men, women and babies perished.

I stood on that precious ground, thinking about that day and current news, and the following words came to mind.

“Another city ripped apart by bombs
Another mess of broken hearts and angry souls
Vengeance, retaliation, murder in return
I am familiar with the cry, circa 1960s

Vengeance is mine, says the Lord

His words drowned out by fear, hatred, pain
As people mobilize guns, drones and WMDs
Killing with kindness is out

It is human nature to want to hurt when hurting, to obtain justice on our own, to give as we got. As an African-American living in a country that doesn’t count us all equal, I understand this nature. Which is why at this holiday time, during these difficult days of strife, it is important to focus on God and the promises of old.

God is my comforter. God is my very present help. God loves me, you, the whole world. God is God, all by him/her/itself. God is… 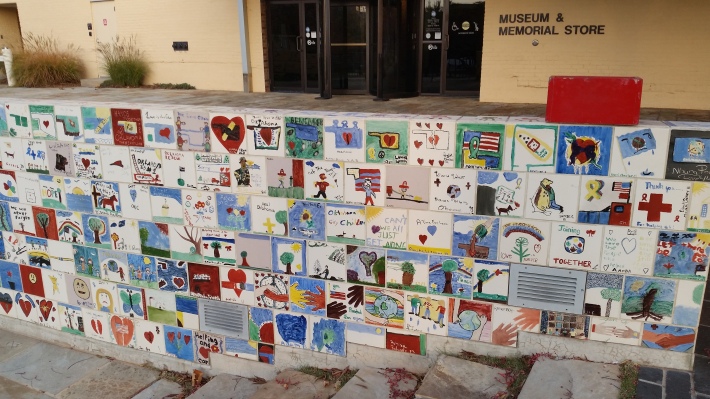